Joe was a Bricklayer 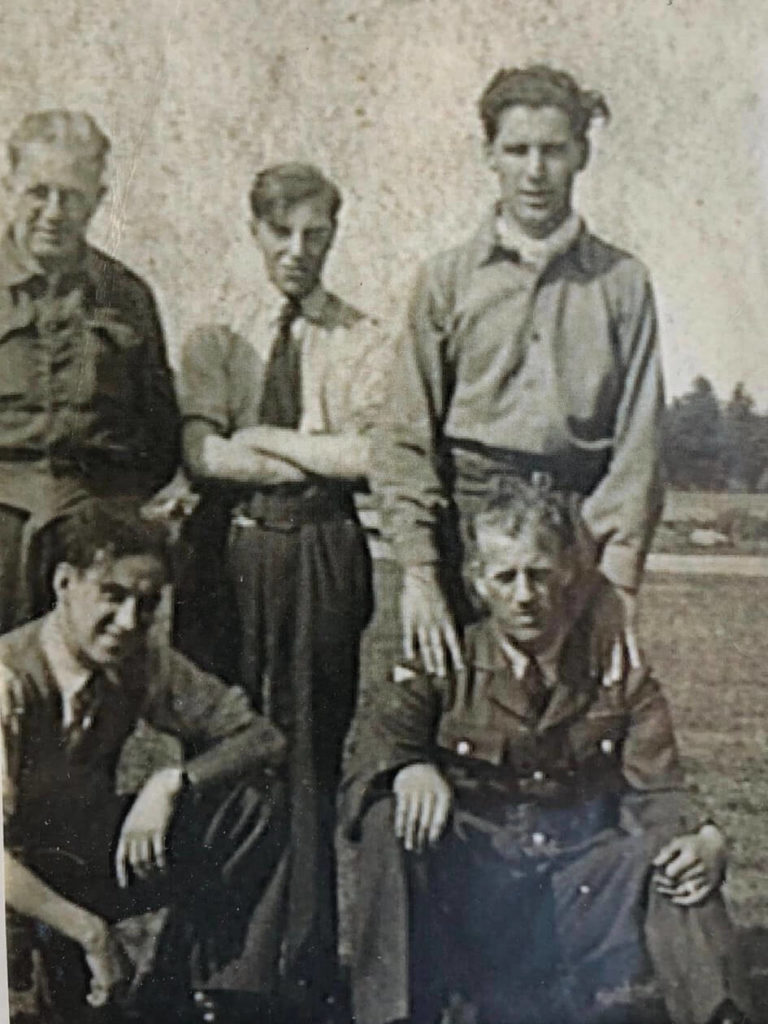 My Granda’ was called Joe.

And Joe was a bricklayer.

And he was a hard working man.

Loved by all of his family.

In a quiet, unassuming way from my childhood memories.

And when I was a child, the older son of their youngest son, he and my nana looked after us a lot when both my parents were working so I spend good deal of time with him.

So I got to know him very well.

But before they started to raise a family he served in World War 2.

Making use of his construction skills, or I guess developing them actually, he joined the RAF maintaining and repairing runways.

My nana told me that he lied about his age so he could get IN!

What a bloke! Haha.

He hated talking about the war and don’t think he ever did to me. 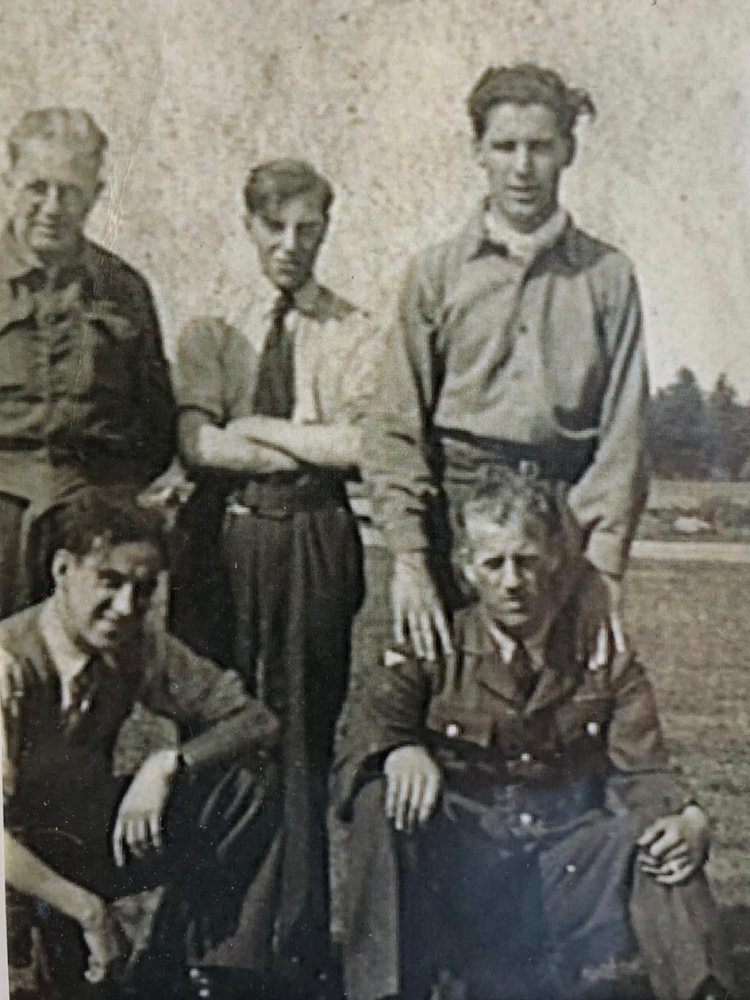 I remember watching all of these black and white war movies when we were kids with them and he just stayed quiet whenever I asked anything.

I guess he didn’t want to glamourise the war, in the way that Hollywood did to line their pockets, from something which likely held lots of bad memories for him.

Good on you Granda’.

I’d say he was the steadiest bloke I have had the pleasure to know.

But there is a well known tale in my family that he and two comrades hid in a ditch for 3 days, cut off behind enemy lines.

They were meters away from a German division camped there.

Knowing that if they moved they would be captured.

I don’t know the full story of how the escaped but clearly they made the correct decisions to be able to live to tell the tale!

He was at the Normandy D-Day landings so must have seen some horrendous sights in his life.

Football was one of his great passions and he was a good player who played in the town team and passed his love of Sunderland AFC onto firstly my father, then myself.

And it was Sunderland AFC all the way in our family.

And it always will be.

He was loyal to the end.

He played football with the legend Stan Mortensen! I think in the same town team but I’m not certain of that.

Stan was from South Shields and was the only player to score a hat trick in the FA cup final (for Blackpool) which is now bizarrely known as the (Stanley) Matthews final! He was also the first english player to score in both the World Cup qualifying and tournament proper.

Stan not Joe that is!

Unfortunately I did not inherit my Granda’s footballing skills no matter how hard I tried.

He also grew prize vegetables when he was younger.

And as a child he taught me how to use tools and care for plants.

Their garden had become overgrown over the years and it became our project to return it to it’s former glory.

We used a bolster chisel and a club hammer to take down the old greenhouse wall, dug out the old bricks and landscaped it over a few years.

Helping, being outdoors and learning.

And I loved Joe.

It was then that I realised that you get nothing in life without hard work and that you need to nurture things; do something each day, a little at a time, and eventually you’ll reap the benefits.

I can be impatient and want to make things better instantly.

But I remember him slowing me down and saying “there’s always tomorrow, don’t stress.”

I guess he had developed the best patience in the world being married to my nana all those years.

That one was for any family reading this!

But hard work will get you nowhere without taking the odd calculated risk at the right time.

And Joe was a thinker.

Being brought up in a deprived area you are not on the same level as someone from a money background.

You weren’t then and you’re not now.

So you’re never going to get the same educational opportunities but Joe clearly had a good head on his shoulders.

We played cards with matchsticks for hours.

Learning tactics; bluffing, when to stake high and when to play safe.

When to up the stakes, and when to go all in.

And cutting your losses when necessary as well.

He also taught me about gambling.

From a young age.

Joe placed a small wager on them and 3 of them won at decent odds.

I received a cut of the winnings, was lauded a hero and from that moment I developed an interest in gambling.

What was so good about it?

Why did they spend so much time choosing these horses, watching the races? Shoiting and screaming at the the TV when the race was on. It seemed exciting.

Gambling is addictive. You chase your losses.

From the evil bookie.

I’m sure Joe lost overall during the years, but maybe not quiet as much as my nana used to say!

“Eeeeeee, if your Granda didn’t gamble we could have had a row of Bentley’s outside the house!” Haha. Nowt wrong with a good bit of exaggeration eh?

It was something I practised into my late 20s but haven’t about 20 years now.

Well not on sporting events anyway.

But, as we all know, life is just one big gamble.

So why is a man in his 40s thinking and writing a blog about his Granda’?

Well, my love for gardening was rekindled during the lockdown.

Like many, I started growing fruit and veg with my son.

And I thought back to the thousands of hours spent with Joe, and many of his values were reinforced.

And all of this blog flowed on from that.

I never went on to follow Joe’s, or my dads footsteps to work in a trade using hand tools as they all encouraged me to “stick in at school” and get a good education.

And I hope that I have, apart from the odd, okay, regular typo in my blog and social media posts!

But I like to think that I did pick up their practical skills, hard work ethic and the odd calculated gamble.

I would love to hear if you rediscovered any loves, memories or values during the lockdown or now that things are starting to move a bit towards “normal.”