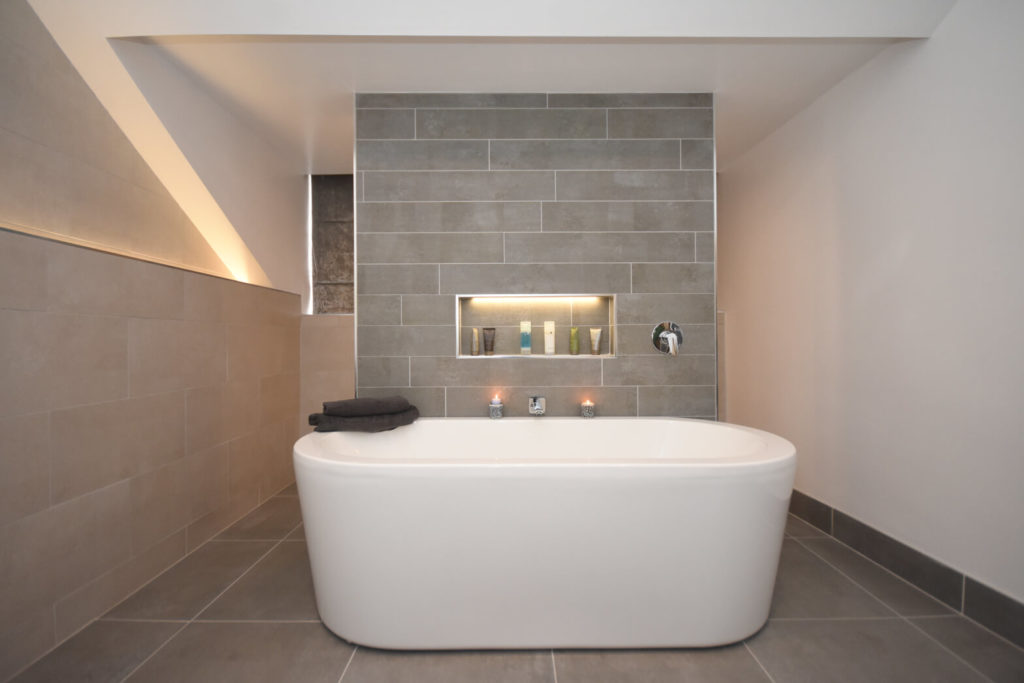 In early 2016 I bought a Victorian townhouse maisonette in my old hometown of South Shields.

I landed in South Shields on the 9th February with my furniture and all my belongings from my Aberdeen house (I actually travelled down in the removal van!) and helped the lads offload it until 2am in the morning (into my 3 storey property!) then started my new job at 8am after a handful of hours sleep!

So on top of a 4 days a week job I travelled up to Aberdeen on alternate Friday mornings, in time to collect Sonny and Lola from school, then travelling back on Monday mornings after dropping them back off school. And spend half of the holidays with them.

In summary I didn’t have a heap of spare time to do the renovations myself initially!

I also wasn’t really sure what I was going to do with the place so I decided to live in it for a while first.

I didn’t want to hurry into any rash decisions which I would regret later.

But the first thing which was a relatively easy hit was the front room decor!

Living Room: What can we say about this!

Regardless of what I did with the fire, the dado rail and wallpaper was going.

I stripped it myself and the plaster fell off the walls. So that was plastered and painted by myself. It was a start!

It meant I had one room of sanity and would live with the other rooms pretty weird decor for now.

The funky orange master bedroom. I had some ideas to improve the use of this space

The bathroom was one of the better looking rooms in my new home but the toilet wasn’t very functional, the shower cubicle was a mess, there appeared to be various leaks from it which had stained the kitchen ceiling below, and jaunty angle of the bath annoyed me!

I thought that this room could be a great focal point.

Like most of the other rooms, it was massive compared to most bathrooms in similar properties I had viewed over the previous months.

One of my best mates who runs his own bathroom company, PT Ranson, popped round for a few beers and for a gander at our new pad in March.

He agreed and sketched this design there and then!

He always was good at art when we were at Boldon Comp together!

This sketch was filed away in the to do pile….

A key event occurred in early May which was pivotal in what I ended up doing to the place and when.

As the shower was leaking I had taken to using the bath until I got the shower sorted.

It was a Friday night and I was meeting mates in town (Newcastle city centre) for a few beers.

Having paint splattered all over me from decorating, after a quick bath I pulled the plug and I nipped down stairs.

Half way down the stairs I heard this splashing sound coming from the kitchen!

I ran back upstairs and put the plug back into the now almost empty bath then ran back downstairs with a load of towels to attempt to mop up the water.

My phone buzzed with a text from my downstairs neighbours asking why water had started coming down their walls!

After finishing the clean up op and apologising to my ace neighbours I thought, I may as well have this night out, so headed for the metro and a few hours and beers later arrived back with a kebab then crashed out in bed!

The next morning I came downstairs to this sight.

The bath water soaked into the lat and plaster ceiling and caused it to finally give up the ghost and literally cave in!

Funnily enough I slept though it happening but my poor downstairs neighbours did not!

They said it made a hell of a clatter, and I think they must’ve feared for their lives!

And the following night about the same amount fell down again!

This forced my hand.

I wanted to put this place right. It was like the house the jack built.

And that’s not how I like things to be.

So now that I had the added security of a steady wage coming in, after losing my contract in oil and gas in October, I decided that I was going to spend some of my hard earned cash to give this place the interior which it deserved.

And, as I did with my large Aberdeen house renovations, I would project manage it myself.

And I decided to go for it in a big way.

This tends to be how I operate.

I wait, I get a feel for things, do my research, etc and then go all in once I am sure that things are right.

And I like to try to see the positives and opportunities in an apparently bad situation.

So since the kitchen ceiling was down I factored that it was the perfect time to renew the bathroom as we now had brilliant access to the plumbing from the kitchen below! Haha.

I decided I was going to fully revamp the bathroom and try to bring Pauls design to life. And he was great in helping me achieve this, with the patience of a saint.

This was to include forming a feature wall and siting the existing bath in front of it and having a walk in shower behind the wall.

And while I was at it I was going to add a brand new ensuite room to my bedroom, the master which I factored all modern family homes needed, especially with a couple of soon to be teenage kids in my Clan.

And we all know how long teenagers can spend in the shower!

And since all of this was going on I would also tackle the kitchen at the same time.

But after living here now for a few months I was not happy with the layout.

We had a smallish kitchen and a smallish dining room, neither very bright, welcoming or particularly functional.

However, if we combined these rooms, by say knocking down, make that carefully removing the dividing wall we would have plenty of space to play with and make a modern, spacious, light functioning, happening kitchen, dining and living area!

Lola showing the wall some love before we left for Keswick in August 2016 when the bulk of the messy work would be completed.

So I drew up a rough schedule.

In June some investigative work was done to determine the state of the chimney breast. And it wasn’t great so would need some work to make it structurally sound.

Confirmation that the chimney breast was not in great nick and would need pointing but we knew that an induction hob could fit within it.

June and July was used to design, price and appoint tradesmen to undertake the kitchen, bathroom and ensuite work.

We planned to do the messy work; kitchen dividing wall removal and reveal the kitchen chimney breast opening (it had been bricked up at some point) and make good, while me and the kids were on holiday in Keswick with my brother, and Auntie in early August. Funnily enough Keswick was the place where I started typing this blog out!

In August we did the bulk of the bathroom work,

and revealed, prepared (acid wash and point) the chimney breast, which would be a main feature and be where the hob would sit.

And September would be for the bulk of the kitchen fitting work. Which was completed right on schedule.

The bulk of the bathroom work was completed by mid September.

And not forgetting the ensuite from the master bedroom!

At around this time I started a redecorating the whole place myself. Having always got a professional in to do it in the past it felt a bit alien to me at first.

The 2 other main bedrooms. Lola designed her old bedroom with the aqua blue walls, viol behind the bed (from Shields market) and fairy lights. She has great taste.

But over the following years I have become semi competent having redecorated all of the properties we currently manage on behalf of landlords.

Oh! And whilst the lads were revealing the kitchen chimney breast I decided to do the same in the front living room.

Revealing and renovating living room chimney breast. What a work of art! The builders were fantastic. I admire their professionalism.

Then install a solid fuel stove!

Spacious and comfortable lounge with TV, stove and great views

Other improvements of note included repairing the back yard stairs roof, replacing windows and exterior doors, replacing all interior doors with solid oak ones, a full rewire and fitting luxury vinyl tiles to the first floor and wool carpets to the bedrooms.

I was absolutely delighted with end product of the significant time and money I invested into this property.

And so are all of our amazing guests who come to stay at our now self catering serviced accommodation.

If you would like to stay here or any of our other South Shields self catering properties please get in touch with me.