(Another) Englishman in Aberdeen 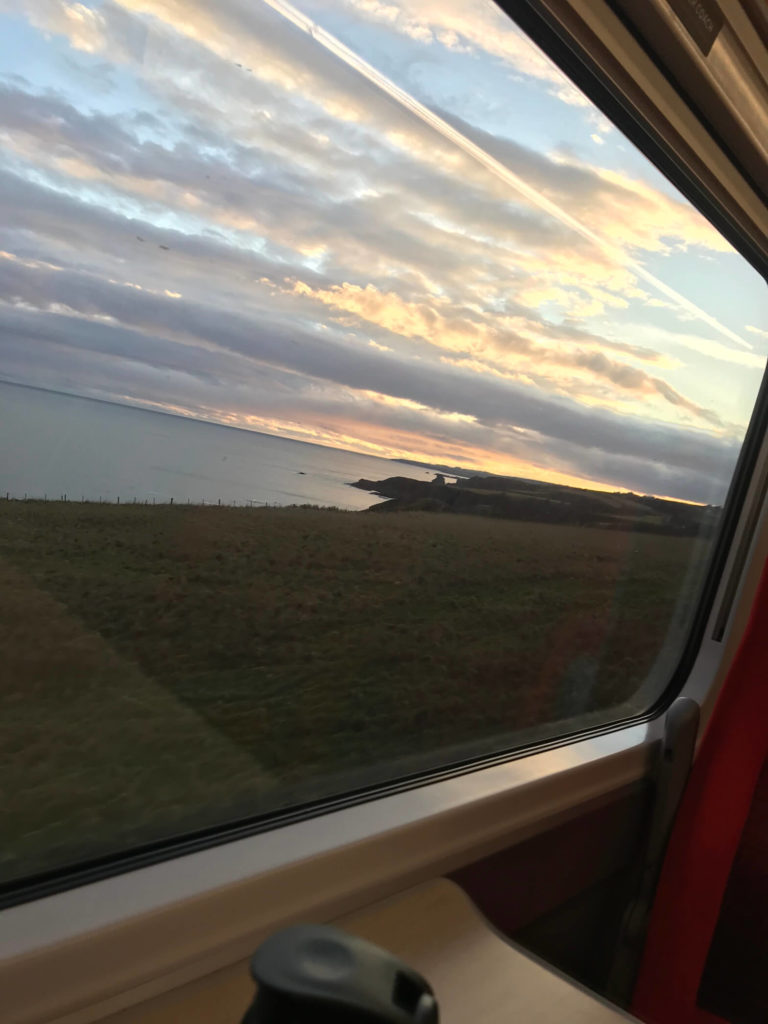 I came up to Aberdeen the week before Christmas in 2001.

It was a temporary contract with one weeks notice.

It was my first experience of being away from my hometown of South Shields.

And I came up up by myself.

Off my own back, not with a company or in a team of workers.

I didn’t know a soul up here so it was a wee bit daunting for me.

The oil industry was booming.

Each week contractors like myself travelled into town from all over the UK, boosting the cities population.

I got the first train from Newcastle and five hours up the magnificent east coast of Northumberland and Scotland.

Northumberland, The Holy Island, Berwick, North Berwick, Edinburgh, the Forth Road Bridge, the east neuk of Fife, Stonehaven and all of the stunning stretches of beaches and dramatic clifftops in between. 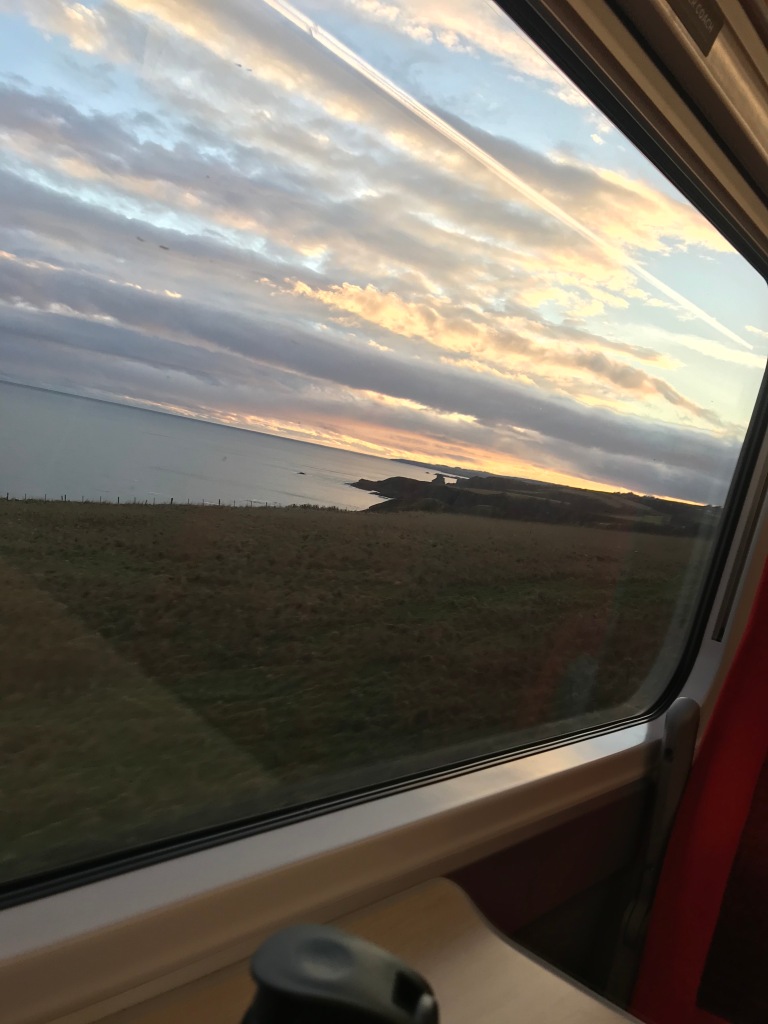 Then another train to Dyce to the office where I worked overlooking the dinky Aberdeen International Airport.

Aberdeen didn’t have the huge plethora of massive glass and tin clad soulless hotels which it has now.

It was much more compact then.

So lots of incomers and not much infrastructure meant there was an accommodation shortage.

All the owners were looking after their established regulars.

Damn, another phone call to the next in the yellow pages. This was the days before t’intent younger listeners!

“This must have been how Mary and Joseph felt,” I remember thinking.

So as I was the new boy in town and a I did well to get one room for 2 consecutive nights.

I often had to get 2-3 different B&Bs in one Monday-Friday stint! I had biceps like Arnie carrying my massive holdall back and forwards across town!

Initially I went back to South Shields every weekend.

I had been living with a girlfriend in a house we bought 2-3 years ago but after I had been working in Aberdeen for a few months we ended up calling it a day.

Then I went down alternate weekends, or whenever Sunderland played at home anyway as I had kept on my season ticket.

Weekends were my release from the weekly routine of long hours in the office to cram in 45 hours into 3 full and 3 half days then back to the digs with a take away meal and some body work exercise in the tiny room I often stayed in.

I’d get the train back on Friday afternoon and be in the local with my mates for the first beers on Friday night.

Saturday was match days and Sundays I normally graced the South Tyneside pitches for the legendary pub team the Grey Horse Strollers.

We were bunch of misfits ranging from 18-50 plus years old! All without fail reeking of Redstripe from Saturday night clubbing in Oz.

Shit, we’ve only got 10. Ha’way then, let’s go round to Brocky’s to knock him out of bed. Most weeks we’d have to knock on some random mate of a mate to make the numbers up to eleven!

“Okay, if you get booked tell the ref you’re James Hunter okay!”

How the referees didn’t spot the amazing shape shifting skills of James Hunter is beyond me! Haha.

As if by fate my arrival in Aberdeen coincided with Sunderlands relative golden years (two 7th place finishes in the Premier League!) under Peter Reids management ending.

I kept my season ticket for another season or two but dropped it as the travelling got a bit too much. Especially after defeat after defeat!

Anyway, after a few months of B&B hopping a lad I worked with asked if I wanted to rent a room in the flat he had just bought.

I had started going out for nights on the town with him and his mates so jumped at the chance of a semi permanent place to live with some good company thrown in. I paid him £250 a month and ended up staying a few months.

So I moved all of my worldly possessions of my mountain bike, a few guitars and an amp up from South Shields in my wee “Nana Blue” Nissan Micra which I had just bought from a colleagues deceased mother in law!

It was a few years old but she’d only drove it a mile or two from home to Tescos in Dundee a few times so it was like brand new!

Once I’d removed the beautiful big Alsatian dog sticker from the side window it became my little pride and joy!

Everyone one else in the office had their Porsches and flash Audis, or at least a sporty Golf to drool over in the massive company car park where I worked in Wellheads Place. But the nana blue Micra was like a Lamborghini to me.

I’ve never been have been much or a car man! haha.

I played the guitar loads in my new Aberdeen sanctuary and got back to a good standard. It felt great to have rediscovered that love back into my life.

With the deposit banked from the house sale I part owned in South Shields and my new found oil wealth I also splashed out to buy my very first property of my own!

A 2 bed apartment in the same street as the room I’d been renting. Claremont Street.

I viewed a few other places in town but loved this area so thought why not stay here?

Around the same time I met a girl from Aberdeen who I would later have my 2 ace kids, Sonny & Lola with.

The flat was amazing but I quickly seemed to outgrow it so with a couple of contract moves later increasing my income I managed to buy my very own house in the West End of Aberdeen! 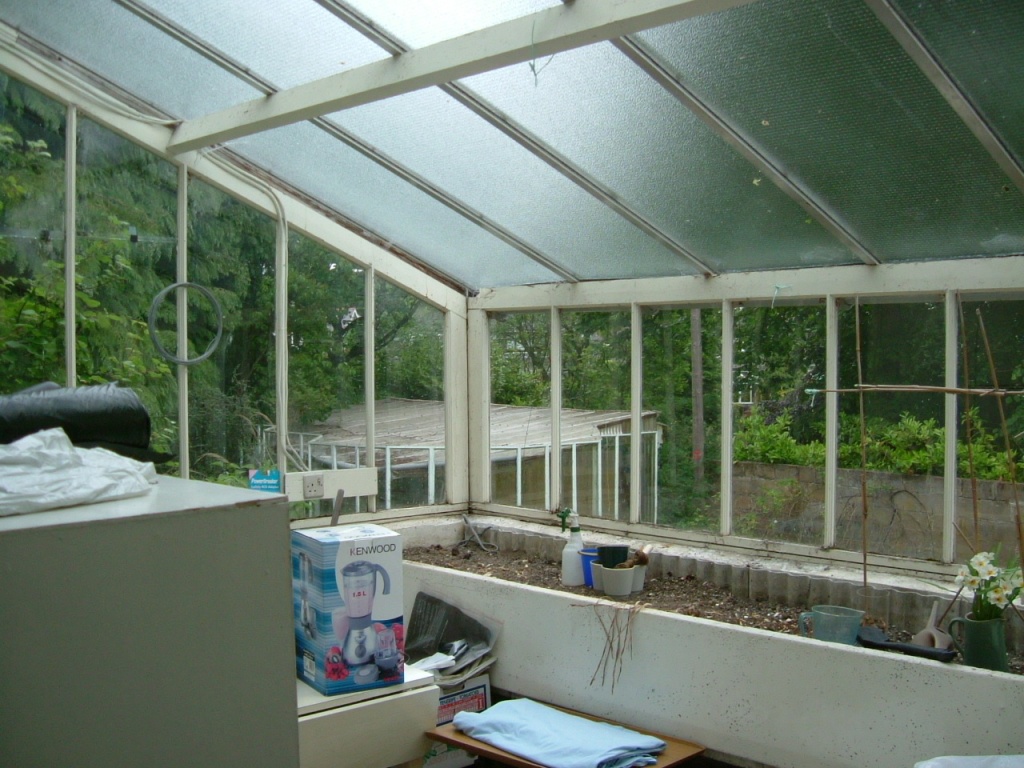 Looking into the back garden from “the greenhouse” which is now our dining area. 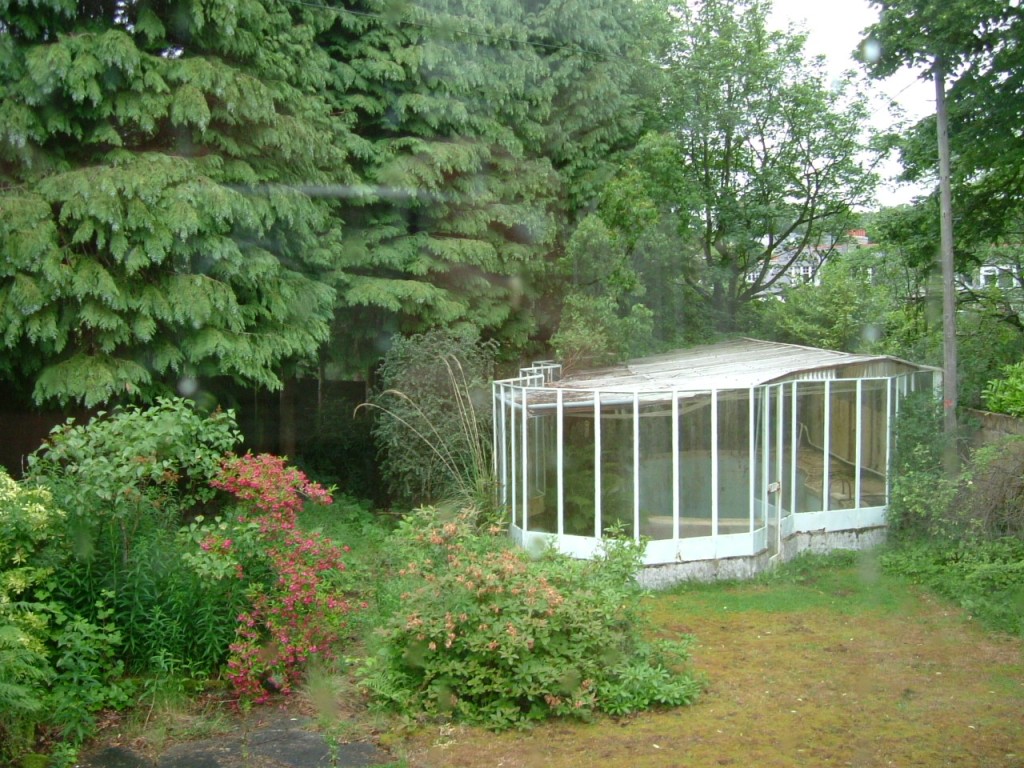 A pool? In Aberdeen! Haha.

It was in a lovely tree lined area. Folk with my kind of upbringing would call it a “posh area!”

A bit like the area my mam and dad moved to not long before he died. But it took him 10 years of working away and saving to get to that. I was in the privileged position to do this only 2-3 years after working away.

Since I came to Aberdeen the money I was earning was crazy compared to anything I had known before. It felt obscene.

Whenever my mates back home asked me what type of money I earned I was actually too embarrassed to tell them as I thought that they’d look at me differently.

One time during an away trip they pushed me and mentioned some numbers and I said about half of what I was really on and they were still astounded.

It was nothing on what city slickers got but for a working class lad to have a heap of cash left over every month after paying all the bills, mortgage, saving a bit, and all of the nights out meant only one option!

My dad gambled, my Granda gambled. It was kind of a way of life.

Not huge amounts as far as I’m aware.

I remember the one time my Granda did win relatively big the tight bookie only paid out his maximum payout despite my Granda lining his pockets for years!

When I was a kid I remember being asked to choose some horses and one time 3 out of 4 won and I was lauded a hero! It felt good, got the old endorphins jumping.

It was nothing sinister but things like that can get you hooked!

Well it did with me anyway!

As soon as I earned my own money from Safeways supermarket in South Shields and bar work I gambled it away.

You think you can win big and change your life.

But you’re really just chasing your loses of course as the bookmaker has the odds in his favour.

I honestly cant remember what made me do it but I just stopped gambling immediately and realised I’d been stupid blowing so much when I already had more than enough money to do stuff I wanted to do!

The gambling industry is a disgrace but as we know the government make so much money from taxing it so will do nothing to help the poor folk who are addicted and ruining their lives.

Anyway, luckily I stopped and now had a new thing to blow my money on. Breeze blocks, sand, cement, timber. You name it! If Jewsons stocked it I bought it over the next few years!

So on that boring topic I’ll bid you farewell until the next amazing instalment!

Have a great day and please comment or get in touch if anything I’ve written hits a note with you.