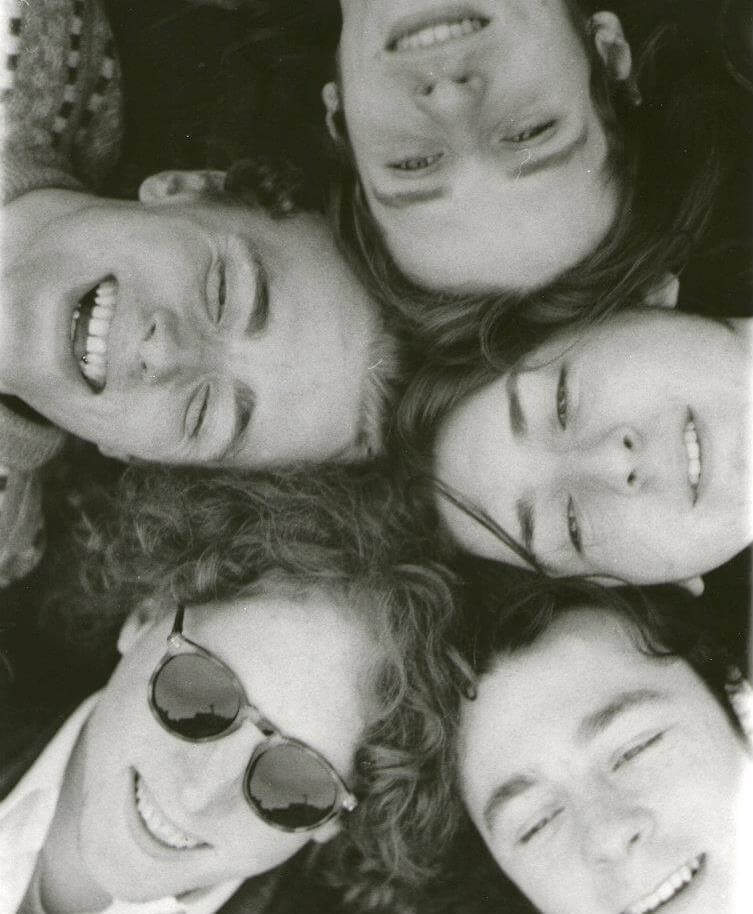 It snuggles in a cosy spot right where the River Tyne meets the North Sea. It’s not Newcastle and it’s not Sunderland. And it never will be.

We’re not Geordies and we’re not Mackems.  We’re Sanddancers.

It’s got heaps of history; Monks, Vikings, Romans! Even Jimi Hendrix played there for gods sake! What more do you want?

Everyone from there seems to have turned into a hippy during this lockdown and the looking at my friends Facebook photos the beaches are now packed with sunrise gazers at 4am! Crazy! It’s all gone a bit Ibiza!

Lola and I set the sunrise spotting trend! May bank holiday 2018. I’d I moved back to Shields for a bit. Such a special morning.

Anyway, I love that place. And the people. And I hope to write many more blogs about it in future.

Both the sun rises and sun sets are as romantic as you’ll ever see.

And I could pick a dozen amazing spots to see them both.

And another dozen places to enjoy a nice beer!

The beaches are second to none.

There is so much to do there. It’s got soul. I’m completely biased but it’s a fact!

It used to have lots of heavy industry as well.

Coal mining, ship building and all of the associated industries until they declined to the state they are now in the UK. But I’m not here to get political.

I was born in 1973 at South Tyneside hospital.

My mam won’t like me for saying it but I think money was tight for her and my dad when I was born. He was an electrician at the hospital and she a trainee nurse, then I came along.

We first lived in a downstairs “Tyneside flat” on Stanhope Road, a long Victorian terraced street near the Tyne Dock area of town.

All I have are good memories.

Being taken in my buggy and playing in the West Park. My dad coming to meet us after his work on a warm sunny day and getting pushed on the swings and kicking a football about.

Playing in the back lane. Getting rides from workmen in their wheel barrows! Were was their risk assessment?

Sunday night splashing in a tin bath in front of the coal fire listening to Kate Bushes latest number 1 on the “wireless.” This was something you used to listen to a radio station on which plays the top hits on a Sunday night for the younger readers!

Seeing Mohammed Ali and the Queen visiting the town in 1977. Even Ali knew Shields is great man!

Then when I was 4, just after my brother was born, we moved into a council house not too far away with an INSIDE TOILET! Luxury! Haha.

Our previous home had an outside toilet called a netty. People don’t believe me when I tell them that. Especially my kids! Remember, I’m only 46 years old not 96!

Anyhoo. My nana and granda lived just around the corner from us and we used to see them loads and often went there after school until my mam and dad finished work.

I loved being close to them. Life was sweet!

Gardening and playing cards with my Granda and getting an unlimited supply of Sykes fizzy sugar-laced carbonated water (otherwise known as pop) and Minchella’s ice cream from my Nana! Sometimes both combined! Magic! What else are grandparents for?

My happy childhood was spent exploring, playing football and getting up to no good in every nook and cranny in this new housing estate which I called home.

I had a huge gang of mates. It felt like our clan was 100s strong. We were tight. You were never without someone to hang out with.

And we managed to have this amazing social life without a hint of technology. Barely even a phone let alone a mobile. Who needs them when you can just call on your mates.

It was a real community and had an endearing spirit.

Football was the main activity.

That was it as far as sport went.

I didn’t know anyone who played cricket, rugby, tennis or any other sport until secondary school.

Other types of activities that kids have now were not on the menu for us. Scouts? Never heard of it mate. Isn’t that something posh kids do?

It was all about the football.

Every piece of grass next to a gable end of a house was fair game.

We’d get moved on after blasting the ball against some poor souls living room wall while they were trying to watch the latest episode to Coronation Street! Haha.

They should have saved themselves the bother and come and joined in with us!

Then onto the garages for a game of “S.P.O.T” (kind of a target practice game against a garage door) or “heads and volleys.”

On some bigger pieces of grass spaces in the middle of the estate we’d get a game going with 20-30 in the game!

Blood and thunder, no holds barred.

If any fancy stuff was attempted someone would come crashing though you almost cutting you in half!

It was tough. But fair, haha.

Sometimes a drunken dad on his way back from the club might get involved for a bit for old times sake.

Oh and our estate also had the crem de la crem of the ram raiders (a practice where you drove a car/van into a shop front and looted the contents of the shop) in the whole of England. A special kind of place!

I’m massively reminiscing now but having amazing thoughts writing it! The creative juices are flowing a bit too well.

Following my beloved Sunderland Football Club was also a massive part of my life from teens onward.

As soon as I was old enough I travelled all around England to watch them with a group of friends in a minibus from the New Mill pub. A group which was later to form the South Shields Sunderland Supporters Club sometimes taking dozens of buses to big cup games.

Probably seen a lot of things I shouldn’t have at a young age but all character building stuff which isn’t really for here….

But it was fun and many friendships were formed on the Roker Park terraces and buses going up and down the A1 to some exiting new city !

Friends who still feel like brothers today when I bump into them for the first time in many years.

Then there was music!

I used to listen to my mam and dads “record collection.” Know as vinyl nowadays!

Well! No-ones perfect are they?

The Angelic Upstarts, a great punk band were from South Shields and used to practise in our estate.

They kicked a pigs head wearing a policeman’s helmet around the stage! Who Killed Liddle? (one of their songs) was graffiti’d all over outside the local shop walls.

It was skinhead city! Mohicans and glue sniffers. Chains and flick-knives.

You had to watch where you went. But nothing serious ever came of us. Well nothing too bad! I’ll save the more gory details for the book. Haha.

Then at the end of the 80s we all got into the Stone Roses and everyone got long hair, flared Pepe jeans with bits of curtains sewn into the hems, and the air was awash with fragrant smelling smoke. Everything was kinda groovy again like in our parents days in the 60s! Our lives were changed!

After dropping some serious hints about wanting to learn to play one my mam borrowed a guitar from her friend at work.

My uncle who is great Jazz player and was in bands before I was born showed me some stuff but I was self taught in the main.

When we were all at South Tyneside College together a good mate from secondary school, Robbo, a drummer, and a lad I’d just met at college, Woody who sang started playing some music together.

They asked me if I wanted to play guitar with them and we became known as January Blue!

We practised at Davey Macs place on Fredrick Street every Sunday. Suffering from Saturday night excesses but after getting together the energy came back and we had a great laugh together.

Our first gig was in The Royalty, Sunderland (where I was then studying for a Biology Degree) and we played all over the north east.

Rod and Woody pulled off a canny stunt to help us fill a local pub one Monday night with 300 punters. We had a good loyal local following.

We were a tight little gang and I had a blast. 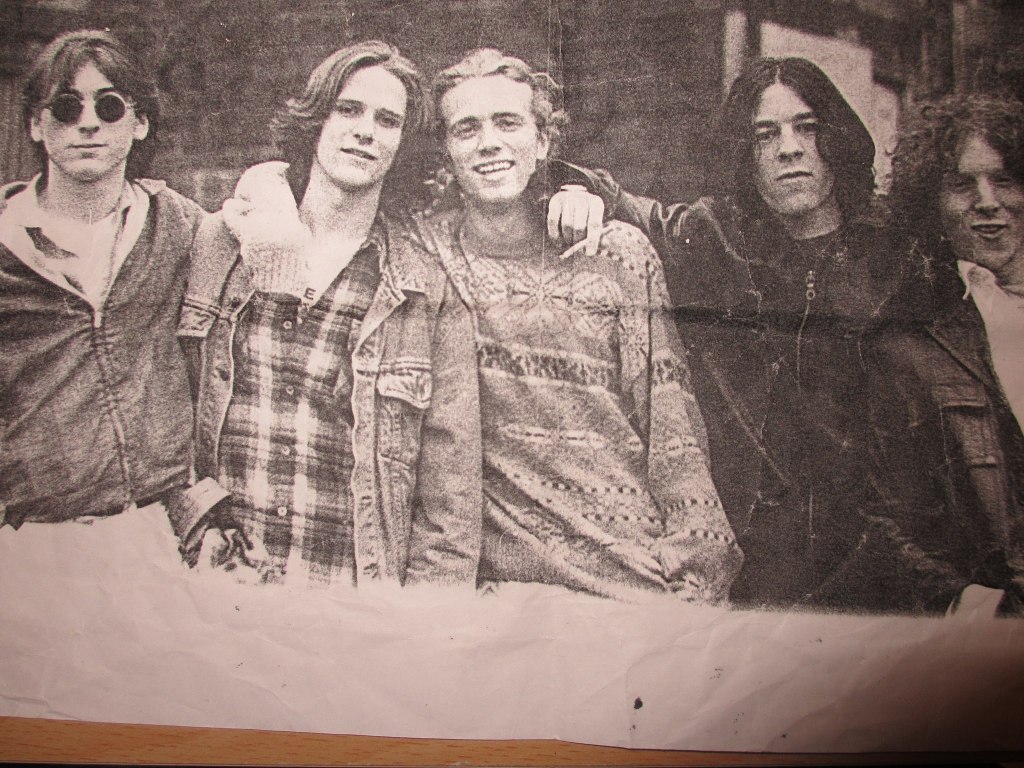 But following my dads advice I left to concentrate on my last year at Uni as I was predicted to fail! Good advice Dad.

My working life began as a Shipyard Chemist in the mid 90s and I studied at night classes so when the shipyards closed I landed in Aberdeen to work the Oil & Gas industry as a fire & explosion safety engineer in 2000 until I lost my contract in the industry downturn in 2015.

Hardly a sound base for a blooming self catering hospitality business I hear you cry. Right….? Well….I’ll tell you all about that in the next instalment 🙂 Well, maybe.

I hope some of this rambling has sparked some nice memories from you. As usual. I’d love to hear from you if it has. Have a great night folks. Peace out X