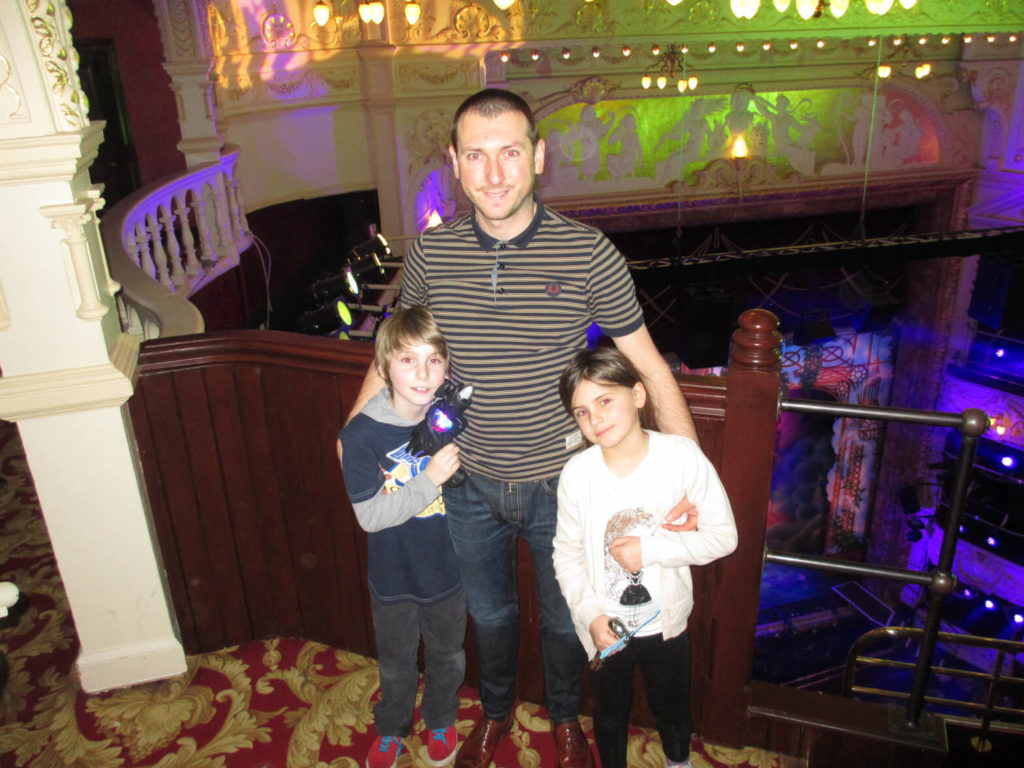 So moving on from the place we set up last week to manage on behalf of the owner and run as self catering accommodation, we’re now going back to 2013, to just after my 40th (I feel a bit like Marty McFly here!)

And to quell some of the concerns I’ve received since that blog, yes, I guess our Mazda Bongo campervan survived as we were back on the road again in it for the Tattie (Scots for potato) holidays in October.

We drove from Aberdeen to Flamingo Land, North Yorkshire and planned to spend the following day at that adventure park.

Let’s just say that we weren’t blown away by it so we headed south just after lunch.

We made the journey to my Auntie Junes who lived at Spencers Wood, near Reading which just happens to be very close to LEGOLAND!

And after reading about the home of these famous plastic bricks on the back of cereal boxes throughout their childhood like many others, my children had been brainwashed into thinking that it was a paradise that would complete their lives forever.

“Look DAD. 2 for 1 (on the back of the Rice Crispies family sized box). DAD CAN WE GO? PLEEEEAAAASSEEEEE!!!”

How can you say no to that? Especially when it’s been asked about a million times!

It was great to see June again.

We got to hers on Tuesday night and planned to go to Legoland on the Wednesday and Thursday so headed there the following morning.

It was ABSOLUTELY bucketing it down when we got there and there were NO queues!

“The rain must have put folk off,” I thought. Plus the English schools weren’t on holiday yet, only Scottish.

“Yeah, it makes sense that it’s quiet!” I consoled myself.

But when we got to the entrance turnstiles we discovered that it was well and truly CLOSED!

It only opened Thursdays till Sundays out of season.

The kids were devastated.

We had drove past the Legoland Hotel when we came in so I had an idea.

I tried to soften their disappointment by suggesting a cheeky look in the hotel.

It was bound to have some nice lego related stuff for them to see.

Can’t beat a bit of freeloading!!

The hotel was SUPERB.

There was loads of lego for them to play with, heaps of life size figures, a themed restaurant with a load of PS4 game consoles for them to use, an outside play area, and a swimming pool! 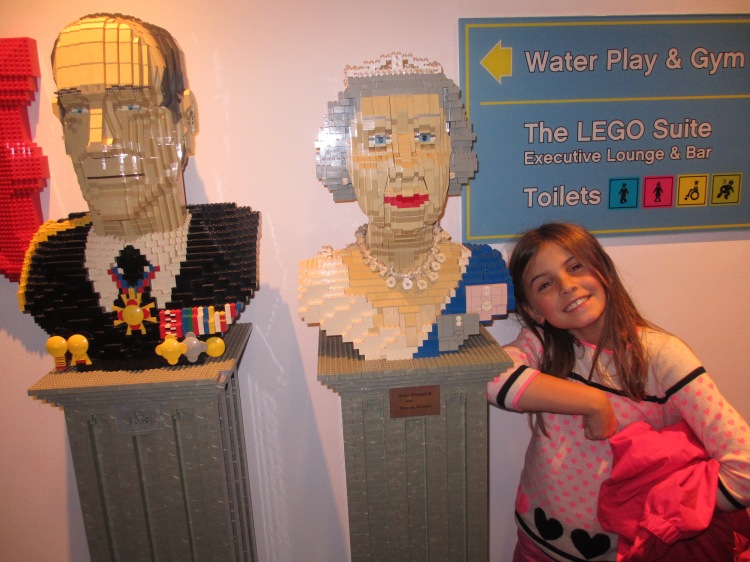 Phil, Lizzie & Lola. The real queen is on the right incase you wondered X

They were in their element!

I could see that this would be a dream come true for them if we could stay there.

“Some serious dad brownie points are on the table here,” I thought.

It would make their year!

I checked the prices on my phone and the rooms cost an arm and a leg so I spoke to the reception and asked if they could do us a better deal direct given that it was low season.

I’ve always enjoyed a bit of a barter.

And that’s part of the reason I always recommend that people to go direct to owners when looking for accommodation; cut out the middle man!

It still wasn’t cheap but if we stayed for 2 nights we got 2 nights entry into the park.

So we could chill out in the hotel today.

A good option given that it was still hoying it down outside.

It worked out a good few £100 more than the park tickets per night alone but a small price to pay for heaven on earth for a 7 and 8 year old!

I was off work, on our holidays and my precious time with the two most important things in my life and you cant take it with you, so my mind was already made up.

We perused their 3 different types of themed rooms and the decision makers landed on the “Adventurers Room” above the Knights and Pirates ones!

I milked their begging to stay there as long as I could then I “caved in” and said “yes, okay we can stay!”

We had an amazing 2 days and nights there.

The kids were in their element and off on their own most of the time when we were in the hotel on the PS4s or in the play park, playing armies with the kids they met and taking other prisoners!

With me always keeping a close eye on them of course.

And all of the other parents wondering who this weird guy by himself was looking into the play areas, etc.

As a single dad on holiday with your kids this is often the case.

I think single mams who are away with their kids more often than not travel with friends anyway and if they don’t would pal up with other couples and families very easily.

Whereas single dads tend to get left alone from my experience.

That’s how I’ve found it to be anyway.

Correct me if I’m wrong other single dads, but this is definitely how I’ve found it a lot of the time.

Mind having said all of that over the next few years we did have a couple of cracking holidays skiing with my good friend Ali and his family, a trip to Centre Parks with other friends, and went to Tenerife with my brother and his family a few years back.

Seonaidh, a girl I met though a works darts competition asked me what I was into and mentioned I played guitar and I loved blues music.

I got into old blues stuff via Jimi Hendrix when I was at college and joined a band with mates back then in South Shields.

I said that I fancied getting back into a band again.

She said some guys she worked with had just started a blues band and she’d put me in touch with them!

I got a reply from them saying that the band was fully manned but they’d get in touch if anything changes.

Then the following Monday I got an email asking if could I make their band practise that night as the guitarist couldn’t make it! Looking back they were just checking me out I reckon.

I rushed home, picked up my red Strat guitar and went to meet them for the first time.

The band was quite new so only had 3 or 4 songs in their repitoire.

I strummed along as best as I could given the limited prep and we had a spare hour after we finished all or their songs.

I played a couple of songs I had played previously and they asked if I could sing them.

“Sunshine of your Love” by Cream and “Phone Booth” by Robert Cray. Both bluesy numbers.

Terry the guy who started the band and sang their current songs said that my voice was “sweet.”

I took this as a compliment!

They asked me if I wanted to join.

And soon I became the singer more than a guitarist and loved it.

It was the first time I had ever sang in a band.

They were fantastic days and I found singing and being in the band a massive release from the pressures of every day life as a single dad, as there were some pretty turbulent times throughout those band years.

I stayed in the band for 3 years until I left Aberdeen temporarily. Now I’m back it would be great to get into it again. 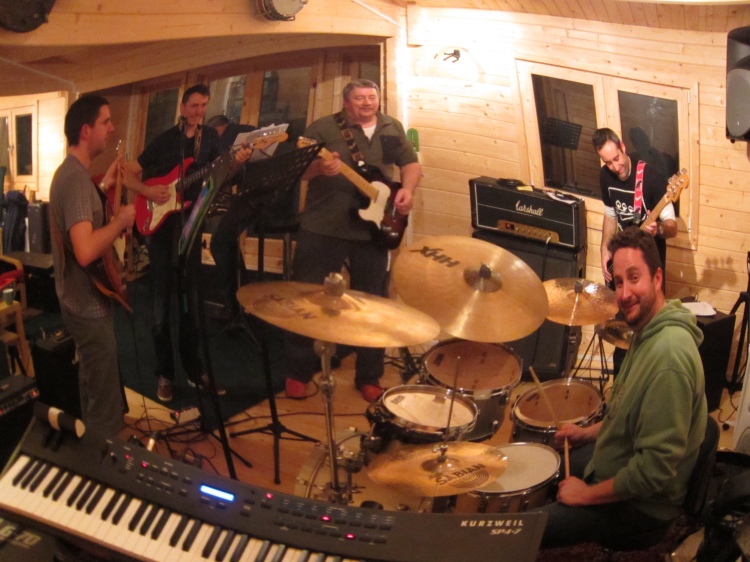 Christmas was not a great time due to reasons I won’t go into here, but after that passed Sonny and Lola and I had a great week in South Shields staying at my mams around New Year.

We went to our traditional panto matinee performance at Newcastle Theatre Royal, with one of my best mates Ali and his family followed by a slap up Italians.

We also had a great party at his mam and dads for new years eve then an impromptu sleep over at theirs on the stagger back home. Just like old times!

It was a complete turn around from when it was us getting drunk in our twenties back at their house after a boost night in the Grey Horse, our old local, and now here we all were there with our kids running the show! 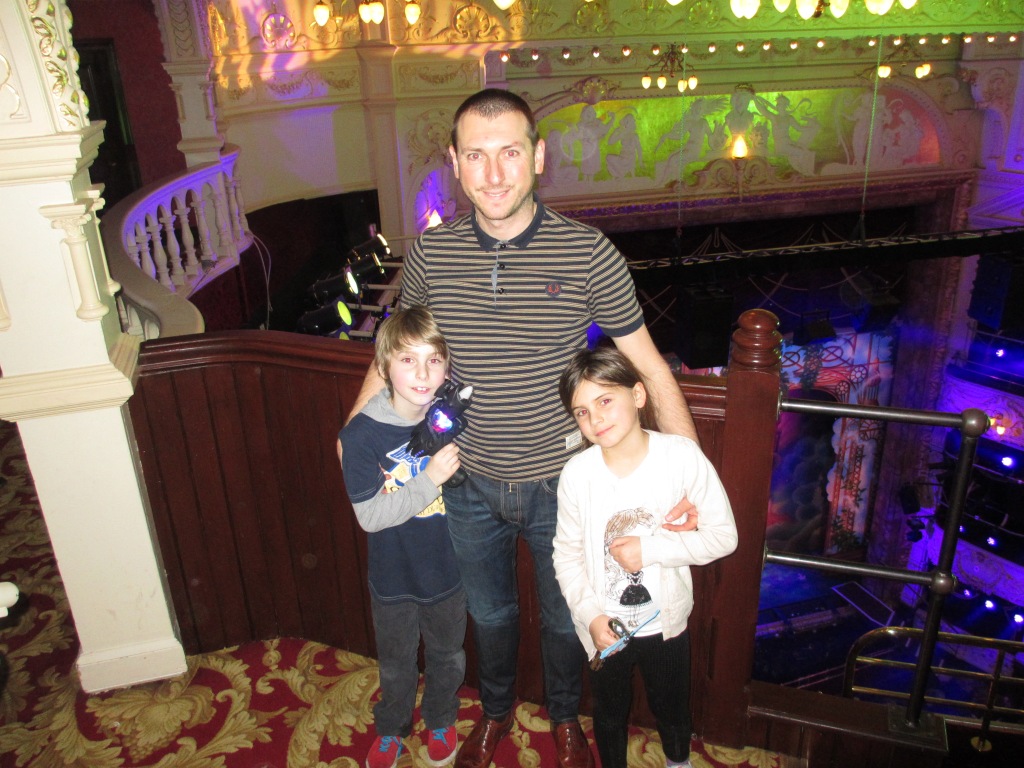 And I wouldn’t have it any other way.

As always if anything I’ve written strikes any thoughts or any questions you’d like to ask I’d love to hear from you.